I am confuzled.Plz upvote. I will follow you if you do. 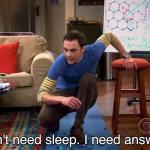 You see, fish have gills instead of lungs like we have. The gills respire with the fresh oxygen particles in the water. when taken out of the water, they are exposed to atmospheric oxygen, and depending on the environment, cant be either toxic, or contain other gases in the atmosphere that are not good for fish, or other times, there is not enough oxygen for the fish to respire with. Every molecule that goes through fish gills contains oxygen. And since they are always in water, not only have they evolved to breathe underwater that way, but the oxygen is at a constant state comprised in the liquid, rather than oxygen flowing freely in the air where its harder to perform respiration with. Don't forget, Liquid molecules flow freely, while gas molecules flow absouluty everywhere and are very far apart from one another. The air is a mixture of many gases rather than just a constant supply of oxygen the fish can use

Caption this Meme
Created with the Imgflip Meme Generator
IMAGE DESCRIPTION:
IF A FISH IS OUT OF WATER, IS IT DROWNING OR CHOKING?
hotkeys: D = random, W = upvote, S = downvote, A = back
Feedback