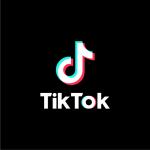 TikTok has been notorious for many years with challenges that are pretty much idiotic and dangerous and for some reason, the users of the app give it a viral spotlight and the developers of TikTok do nothing about it.

Seriously, what kind of app initially allowed an autism challenge to go viral? When was it ever socially acceptable to mock the differently abled?

It also had the skull-breaker challenge, and doctors said it was possibly fatal.

Then there was the coronavirus challenge, where people licked toilets in attempts to go viral and show they are "immune" to the COVID-19 virus. Especially one of the TikTokers, who didn't want to apologize to the airport after licking their toilets.

There was also a challenge where kids were to put metal sticks inside of sockets to create electric sparks which injured many.

The app even allowed kids to do the WAP challenge, with even went on YouTube and despite backlash, the developers of the TikTok app did nothing about it and the only people who were happy with that were pedophiles and the TikTok videos of kids doing the WAP challenge went to adult sites.

It is true that there is some good in the app, but you have to dig deep to find that.

Caption this Meme
Created with the Imgflip Meme Generator
IMAGE DESCRIPTION:
UPVOTE TO SAVE THIS APP; EVERY UPVOTE DECREASES THE AMOUNT OF HATERS
hotkeys: D = random, W = upvote, S = downvote, A = back
Feedback
<![endif]-->