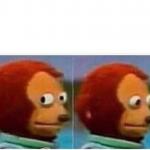 reply
Why_
0 ups, 3w
llo
reply
AMemeTaker
3 ups, 3w,
3 replies
I mean, strictly speaking, you would know which World War it was because, in the US and Great Britain, they actually called WW1 "the Great War" up until the end of WW2.
It wasn't until after WW2 that the US and Great Britain changed the names of the World Wars to their current names.
reply
NonLethal_Whiskey
1 up, 1w,
1 reply
in the US and Great Britain. What about other countries though?
reply
AMemeTaker
1 up, 1w,
1 reply
That is a good question! Tbh, I'm not sure about what other English-speaking countries called WW1. I did some quick research on Australian terms for the WW1 just now. It looks like it's known as "WW1" or "the Great War", but I couldn't find any details on when they used which terms.

I know that in Chinese literature, before WW2, they called the former world war "World War" (世界大戰) or "the European War" (歐戰) since the war primarily took place in Europe. So, you have me there :) If you time traveled back to China during 1910's you would probably need to clarify :)
reply
NonLethal_Whiskey
1 up, 6d,
1 reply
That’s interesting! anyway, now we all (should be all) call them The World War and World War 2: Judgement Day 😁

I hope we won’t get a triquel cuz it’s gonna suck if ya know wat I mean ☹️
reply
AMemeTaker
1 up, 6d,
1 reply
Haha 😄 Those would be excellent names :)

For sure! I wouldn't want a WW3 either 👀 Those would be scary and sad times ☹ 😬
reply
NonLethal_Whiskey
0 ups, 6d
If speaking in a serious tone, yeah, no one wants it 🙁

Caption this Meme
Created with the Imgflip Meme Generator
IMAGE DESCRIPTION:
time traveler: why are you fighting? soldiers: It's world war; time traveler: which one? the soldiers:
hotkeys: D = random, W = upvote, S = downvote, A = back
Feedback
<![endif]-->