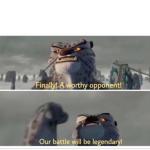 All those guys who keep saying “just because it mentions upvotes doesn’t mean it’s begging” really ticked me off, but it was always because I thought those people were making stuff up.

But apparently they weren’t making anything up because you exist.

I agree with the statement they made; but it annoyed me anyways because they used it against me even when it wasn’t what I called them out for.

It feels hypocritical or say it, but you actually think that. That when a meme mentions upvotes, it’s upvote begging.

I can give you a link to a meme that mentions upvotes yet doesn’t beg.
reply
69Ninetales
0 ups, 1m reply
[deleted]
0 ups, 1m
I upvote this good meme. can you look at mine pls
Show More Comments
Flip Settings
memes
gifs
other