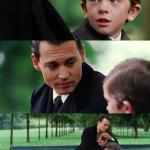 Caption this Meme
Add Meme
Add Image
Post Comment
Best first
Best first
Latest first
Oldest first
2 Comments
reply
[deleted]
0 ups, 2m,
1 reply
not true. at all,
japan has shit tons of cool stuff
germany , france, and other old nations have intresting sits too see, but japan is top dog for entertainment, maid cafes, butters, neko cafas, one pice grave for white beard. gundum suit gaint stature, a litteral arcades. and so much more, sites, culture restrunts . so much more, while the other nations only have sit seeing and no enter tainment value comepaired to them. further more, canada is sooo shit. its just a be factory really . we do not have any cutrual history. and we just have nothing here to do.
reply
MusicHood212
2 ups, 2m
....I am going to say this in the most polite way I can. "entertainment" and "sites" Aren't all there is to the place. Think of the people themselves. Think of all the individual choices people make each day. Think of, in Japan, where two children grow up almost never seeing their father because of the 15 hours they generally work, one sibling taking all their rage out on their other sibling (that sibling going to commit suicide and the other sibling being crushed with the guilt of it), and perhaps the mother who feels trapped in a toxic relationship with the father so she can support the family and herself, and the father who is overworked and stressed but is always pushing it down. Think of all the people in the world who are breaking each day. When I say "we are all falling apart", I refer to the everyday people. No matter where someone goes, there is going to be pain. I'm sure that you have already felt pain, but that only proves the point that it is found everywhere you go.
Show More Comments
Flip Settings
memes
gifs
other

Caption this Meme
Created with the Imgflip Meme Generator
IMAGE DESCRIPTION:
WHEN I GROW UP, I WANT TO SEE THE WHOLE WORLD. THE REST OF THE WORLD IS JUST LIKE HERE. WE'RE ALL FALLING APART.
hotkeys: D = random, W = upvote, S = downvote, A = back
Feedback
<![endif]-->