that's why i am not a human 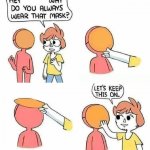 Starting from this phase, 1-Up Mushrooms become disabled and are unable to revive Mario when his HP reaches zero. Any extra HP from Heart Plus accessories are carried over.

The gameplay for this phase is somewhat similar to gameplay in the overworld. Mario travels along the outer ring of the battlefield, lined with Magic Circles.

As King Olly is stronger than Bowser and will eventually overpower him, Mario must stand on a Magic Circle behind Bowser, activate the 1,000-Fold Arms, and repeatedly slam the ground, providing an necessary extra boost to Bowser. If he stands behind King Olly and boosts him, the battle will shift further in his favor.

King Olly will eventually fire shurikens at Mario who must avoid or jump over them as he makes his way to Bowser.

After the battle has shifted enough in Bowser’s favor, King Olly will summon a Folded Soldier Thwomp, and Mario must keep slamming on the ground enough times to allow Bowser to push Olly over the edge of the battlefield before the Thwomp shakes and slams the ground. Mario must get out of the way when it shakes, or else he will be crushed and get a Game Over. If he does get out of the way, the shockwave from the Thwomp’s impact will bounce the two giants back to the center.

Should Bowser become about to be pushed over the edge, a POW Block will appear; Mario must hit it in 12 seconds to bounce Olly and Bowser to the center, or Olly will push Mario, Olivia, and Bowser over the edge, resulting in a game over.
Hide Full Comment
reply
Frozetta
1 up, 1m
reply
[deleted]
1 up, 2m
Masks don’t change on what expression you have
Your existence and logic can suck my ass
reply
Frozetta
1 up, 1m
I am the Great Mighty Poo
And I'm going to throw my shit at you.
A huge supply of tish comes from my chocolate starfish.
How about some scat, you little twat?
Do you really think you'll survive in here?
You don't seem to know which creek you're in.
Sweet corn is the only thing that makes it through my rear.
How d'you think I keep this lovely grin?

Now I'm really getting rather mad.
You're like a niggly tiggly shitty little tag-nut.
When I knock you out with all my bab,
I'm going to take your head and ram it up my butt!
Your butt?
My butt!
Your butt?!
That's right, my butt!
Err ...!
My butt!
Agh!
My Buuuuuuuuutt!
reply
[deleted]
1 up, 2m
Change your name to something that’s against yourself
reply
Frozetta
1 up, 1m
hey there buddy chum pal friend buddy pal chum bud friend fella bruther amigo pal buddy friend chummy chum chum pal i don't mean to be rude my friend pal home slice bread slice dawg but i gotta warn ya if u take one more diddly darn step right there im going to have to diddly darn snap ur neck and wowza wouldn't that be a crummy juncture, huh? do yuo want that? do wish upon yourself to come into physical experience with a crummy juncture? because friend buddy chum friend chum pally pal chum friend if you keep this up well gosh diddly darn i just might have to get not so friendly with u my friendly friend friend pal friend buddy chum pally friend chum buddy...
reply
BlooberryPancake
1 up, 1m
reply
[deleted]
0 ups, 2m
reply
Elias_Walker
0 ups, 2m
Lets keep it ON
Show More Comments
Flip Settings
memes
gifs
other