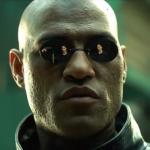 EoinMaloney
0 ups, 11m
I mean, you're right but probably not for the reasons you think you are.

The media thrives on viewership, and covering Donald Trump gets them ratings. Conversely, Donald Trump thrives on the attention the media lays on him, and deliberately does inflammatory shit to get that attention.

Even though they appear to be at odds, the media and Trump both still reinforce each other symbiotically and the capitalist system they both depend upon to continue extracting wealth from the working class.

The media wouldn't give a f**k about Trump if they couldn't use it to make hot, profitable, ratings-worthy news.
Show More Comments
Flip Settings