WTF, come on people sing it with me 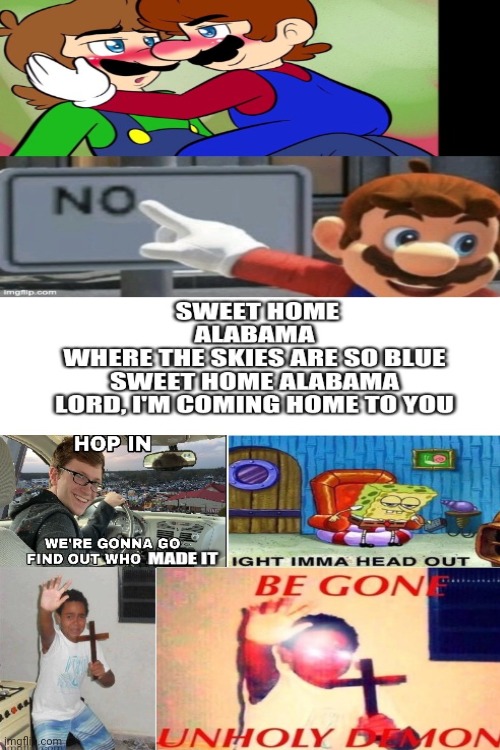 The comments on them are even worse. They would do literal roleplay on those images, and yes, they got sexual really fast.
reply
anonymously.deleted
1 up, 2w,
1 reply
wot
reply
TheStealerOfSouls
1 up, 2w,
2 replies
One point, a roleplay could be something normal, but then it goes NSFW.

That... that is unholy. WHY ARE PEOPLE LIKE THIS?!
reply
BurgerLover321
0 ups, 2w,
1 reply
I take offense to the "sweet home Alabama" thing, i live in Alabama, and no one is like that
reply
TheStealerOfSouls
0 ups, 2w
We know that, but there's still a joke that Alabama supports incest, and everyone started making memes about it.

Hence why the Sweet Home Alabama song has so many incest jokes in the comments
reply
OwO-Chan
0 ups, 2w
This must have been made in Alabama
Show More Comments
Flip Settings
memes
gifs
other
Created with the Imgflip Meme Generator
EXTRA IMAGES ADDED: 1
hotkeys: D = random, W = upvote, S = downvote, A = back
Feedback
<![endif]-->