Yeah. Not that I want a first kiss! But most people think it's a bit sad 2,681 views • 37 upvotes • Made by anonymous 2 years ago
memesfirst world problems 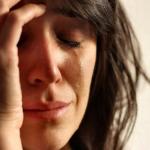 Caption this Meme
Created with the Imgflip Meme Generator
IMAGE DESCRIPTION:
WHEN YOUR 7 Y/O SISTER; HAS HAD HER FIRST KISS BEFORE YOU
hotkeys: D = random, W = upvote, S = downvote, A = back
Feedback