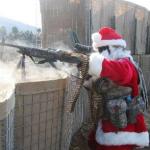 reply
Jax_Green
0 ups, 1w
True. I was bored and this was the first thing that popped into my head.
reply
LewisMcKinlay
3 ups, 1w WE ARE THE BEST ONE IN IMGFLIP, YOU ALL KNOW HE GOT THE MOST DRIP.

THIS IS THE WAR THAT WE WON, WE ARE GONNA WIN WHEN THIS IS DONE.

CATS ARE BETTER THEN SOME MILK MAN, WHO IS SO WEAK THAT CANT EVEN LIFT A PAN,

SO JOIN MEMECAT AND BE A GOOD HUMAN, OR SUFFER AND GET KNOCKED INTO THE VAN.

THIS IS THE WAR THE ONE, MILKMAN IS WEAKER THEN A SAUSAGE BUN.

THEY ALL WISH THEY COULD SEE MEMECAT NOW. WHEN WE DONE WITH THIS WAR ALL OF EM GONNA BE LIKE WOW.

SO JOIN THE STREAM AND CHANGE UR ICON, FOR SUPPORT OF MEMCAT, OR ELSE YOU WILL BE HIT WITH A BAT.

MADE AN ANTHEM IN 5 MINUTES THATS JUST THE START, WE AINT NO SIMPS SONS LIKE BART,

imgflip.com/m/MEMECAT
reply
Perky_Pug
1 up, 1w,
1 reply
reply
WafflesTheCat635
0 ups, 1w,
2 replies
reply
hobbitmax999
1 up, 1w
reply
Captain_ShyGuy
0 ups, 4d
so u admit ur a spammer?
reply
smolderpelt09
0 ups, 1w
shut up.
reply
Captain_ShyGuy
0 ups, 3d,
1 reply
nobody wants to join ur shit stream
reply
WafflesTheCat635
0 ups, 3d,
1 reply
Fine. If you hate the MemeCats that much, if you hate seeing someone just trying to get people to follow a stream, if you want people to advertise their streams in a place like a secret room in a tunnel under a bridge so you'll never know, then I guess I will have to post ads for my stream in a place where you'll never see it.

Like in the arms of a woman who loves you.
reply
Captain_ShyGuy
0 ups, 3d
i dont like memecat because u guys spam. just quit it. No one cares anymore. ur just annoying everyone! when will u morons learn? except for roddy_richh
Show More Comments
Flip Settings
memes
gifs
other