Wild Lettuce is a thing, though. ;0 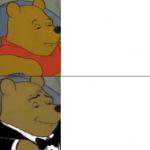 What is an alt, anyway?
reply
Tressan_The_Pirate_Dragapult
0 ups, 2w,
3 replies
An alternative account.
reply
Frush91_nova
1 up, 2w,
1 reply
So, do you think we can report him???

I think since OlympianProduct is a MOD we should go to him...

I have asked him for too many favors lately, what about you (can you ask him? I will come into the conversation once he says yes or no)?
Show More Comments
Flip Settings