I cringed at those parts 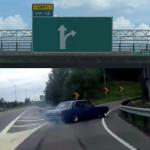 Caption this Meme
Add Meme
Post Comment
Best first
Best first
Latest first
Oldest first
9 Comments
reply
Tressan_The_Pirate_Dragapult
0 ups, 1m,
1 reply
i’m fine with them......And I just saw the movie yesterday
reply
[deleted]
1 up, 1m,
2 replies
Yeah, but the problem is, flossing is pretty much a thing in Fortnite, which I despise with burning passion.
The reason I hate it is because it's nothing but cringy dancing and annoying six year olds who play GTA and all that crap.
I was fine with the Sonic film, but to me, it wasn't really a keeper.

Speaking of flossing, kids are seeing that bullcrap and enjoying it.
I know that because I went to see Sonic on my birthday, and their were little kids there at the cinema.
When Sonic started flossing, I was literally the only one saying 'Oh no, not that!' and covering my eyes while kids started cheering.