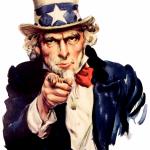 Caption this Meme
Add Meme
Post Comment
Best first
Best first
Latest first
Oldest first
4 Comments
reply
TheDS
1 up, 3m,
1 reply
Well too bad, I'm voting for the exact opposite of that: Trump.
reply
HeadHonchoOfOwO
0 ups, 3m,
1 reply
Eh, lesser of two evils.
reply
TheDS
0 ups, 3m
Far, FAR lesser. So much so that he's in fact a positive, not a negative. I understand why you might be cynical, since it's been so long since we've had a candidate who was in it FOR America, not in it to do something TO America. Simply look at his history. That's what I did. Very few people have done more FOR Americans than he did, and that was long before he ever accepted the nomination. He got awards for it, set trends for it. If he's a bit eccentric or has a speech impediment, I don't care. I care that he cares, and I care that the Left hates him. The more the Left hates someone, the better and more decent that person must be, or they wouldn't hate them. Sorry, this isn't the most non-sensical candidate I know, it's just the guy I want to vote.
Show More Comments
Flip Settings

Caption this Meme
Created with the Imgflip Meme Generator
IMAGE DESCRIPTION:
I WANT YOU... TO VOTE FOR THE MOST NONSENSICAL CANDIDATE NEXT ELECTION.
hotkeys: D = random, W = upvote, S = downvote, A = back
Feedback
<![endif]-->