What's your Story? How did you find your church? Or are you still searching? 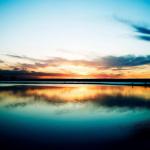 Caption this Meme
Add Meme
Post Comment
Best first
Best first
Latest first
Oldest first
8 Comments
reply
DunkingDawg
1 up, 7m,
1 reply
Hey.. don’t i know u
reply
Kate_the_Grate MOD
2 ups, 6m,
1 reply
Um, maybe? You've been away for awhile right? Good to see you again. :)
reply
DunkingDawg
1 up, 6m
Yeah... nothings the same though
reply
MarioTheRebel
1 up, 6m,
1 reply
I’m still looking for Christian faiths, since I just converted away from my family’s Catholicism. I might become a Baptist or stay unaffiliated. Since I and my family are unvaccinated, and now that a new bill (with the RCC being the only religion to support it) has been passed to ban unvaccinated kids from going to school, many other Catholic antivaccers are on the same boat that I’m on.

And atheists aren’t really on that journey of seeking truth, but I guess atheism is sort of a lack of religion. And atheism believes the nonexistence of a god to be the truth. So I have to say true.
reply
Kate_the_Grate MOD
2 ups, 6m,
1 reply
Thanks for your honest response :) I say it's better to be searching than not caring or making an effort to find the truth. What exactly are you looking for in a church?

I think every human whether they admit it or not are seeking truth, love and acceptance. Some like to believe there is no God but personally I think they just doubt the love of God.
reply
MarioTheRebel
0 ups, 6m
I’m looking for a Christian faith that’s not overly left-wing (eliminating Lutheranism and Calvinism, as they support homosexuality), tolerates non-marital sex, lacks any kind of sacraments, and isn’t controlled by any authority besides the Bible (eliminating Greek Orthodoxy, Anglicanism, and Jehovah’s Witness). But it seems like some of the most religious Christians remain unaffiliated and just go to different churches whenever they want. I’ve always really hated the idea of going to mass, but maybe mass is totally different in other religions, where instead of sitting down for an hour, it’s all about the community actually talking about the Bible.
reply
No_do_not_do_it
0 ups, 6m,
1 reply
False
reply
Kate_the_Grate MOD
1 up, 6m
How so?
Show More Comments
Flip Settings

Caption this Meme
Created with the Imgflip Meme Generator
IMAGE DESCRIPTION:
TRUE OR FALSE? EVERY RELIGION IS THE JOURNEY OF INDIVIDUALS SEEKING THE MEANING OF LIFE IN THE PURSUIT OF TRUTH.
hotkeys: D = random, W = upvote, S = downvote, A = back
Feedback
<![endif]-->