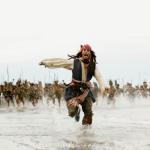 Some people think that no one should post a meme that they did not dream up entirely on their own. Google the definition of "Meme". The actual definition of "meme" : memeDictionary result for meme
/m?m/Submit
noun
an element of a culture or system of behavior that may be considered to be passed from one individual to another by nongenetic means, especially imitation.
a humorous image, video, piece of text, etc., that is copied (often with slight variations) and spread rapidly by Internet users.

To tell people that they should not pass them on is absurd. I for one would be flattered and pleased if one of my memes got passed around the internet. So would plenty of others. However, on the imgflip site itself it is better to wait until a meme is no longer in the front page to repost. Because how boring is it to see the same meme repeated over and over again several times? So if you want to repost something cool you saw, just give it a few days before you repost. And if some troll shows up to give you heat, just screen shot the definition of "meme" for them so that they can get a clue. Mean while, meme on. :)
reply
DunkingDawg
4 ups, 11m,
1 reply Tell u wat, I’ll just upvote every meme u make and follow u around from time to time.
reply
Nixie.Knox
4 ups, 11m Especially when I see fairly new users who may still be figuring out the way the community here works. It took me several months to really find my groove here. Feel free to follow me. I will follow you back!
reply
kewlew
2 ups, 11m,
1 reply
Well thats what I thought till recently i had a meme top front page sent back to submission because.Quote: they had reason to believe my meme was a repost and contained no original content. if that wasn't bad enough they were wrong! it has happened to others also.
reply
Nixie.Knox
2 ups, 11m,
1 reply
Was it in the repost stream or the fun stream? Since they divided the stream this has been a common occurrence.
reply
kewlew
2 ups, 11m,
1 reply
in the fun stream :-)
reply
Nixie.Knox
2 ups, 11m
Well that was it then. Someone. Probably flagged it.
reply
Nixie.Knox
5 ups, 11m
I have no idea whether you know me. Tell me who you are and I will tell you if you know me. Or tell me who you think I am.
reply
6753
0 ups, 11m
what if i told u, your mom is passed around
reply
Heavencanwait
3 ups, 11m,
1 reply
reply
DunkingDawg
2 ups, 11m
LOL
reply
6753
0 ups, 11m
who ar u
Show More Comments
Flip Settings

Caption this Meme
Created with the Imgflip Meme Generator
IMAGE DESCRIPTION:
WHEN YOU STEAL A MEME; AND EVERYONE REALIZES
hotkeys: D = random, W = upvote, S = downvote, A = back
Feedback
<![endif]-->