commies and their braincells 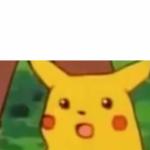 the USA is a corporatism, which meas that the govt and a few select corporations regulate and control the markets for their benefit or "the greater good"

capitalism, as in free market capitalism cannot be regulated and therefore gives people more movement in the economic sense. The poor would actually have a better chance to get wealthy under capitalism, as opposed to communism which makes everyone equally poor except the tyrannical ruling class.
[deleted]
0 ups, 3y
"makes people wealthy" that part in redundant when socialism removes money (depends on how close it is to communism,) while capitalism is supposed to make people wealthy.
Show More Comments
Flip Settings