It's Got Her, Got Her Questioning: Where Is the Love? (̶◉͛‿◉̶) 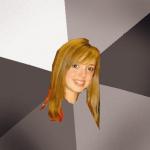 Haha thanks! That's a great upvote. I like that TV upvote. :-) None of my comments to any other users have ever been about you. I don't know who you are. If I asked you to provide a link to an example where I've been talking about you, you wouldn't be able to, because I've never done it.

You should know, however, that I don't put up with idiots coming on my memes and talking crap. So, don't.
Show More Comments
Flip Settings

Caption this Meme
Created with the Imgflip Meme Generator
IMAGE DESCRIPTION:
THE BLACK EYED PEAS? I THINK IT'S HORRIBLE THAT ANYONE WOULD BEAT UP SUCH A SMALL AND HELPLESS VEGETABLE AS THAT. I THINK THAT'S DISGRACEFUL.
hotkeys: D = random, W = upvote, S = downvote, A = back
Feedback
<![endif]-->