No good answer, but ahem 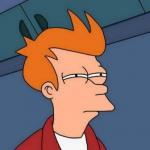 Caption this Meme
Add Meme
Post Comment
Best first
Best first
Latest first
Oldest first
1 Comment
reply
Boma
0 ups, 2y
Only it’s not bringing back jobs. My company instead is opening new plants in other countries to continue to sell to them and with the added bonus of no shipping costs. And knowing American companies like I do, they will not pay any taxes to the US on those sales that they would have before.

However if you are talking about Trump claiming US Steel is opening new plants ( first it was 5 then 6 and later 7 he claimed) because of the tarfitts, their official response was they have no plans to open any new plants and should they in the future decide to it will be posted on their website.
Show More Comments
Flip Settings

Caption this Meme
Created with the Imgflip Meme Generator
IMAGE DESCRIPTION:
SO FIRST, AMERICANS GET UPSET THAT CORPORATIONS ARE SENDING PRODUCTION OVERSEAS; THEN THEY THINK TRUMP IS CRAZY FOR IMPOSING TARIFFS WHICH FORCE PRODUCTION BACK TO THE STATES
hotkeys: D = random, W = upvote, S = downvote, A = back
Feedback
<![endif]-->