1,531 views • 4 upvotes • Made by Woldythekitty 5 years ago
memeskevin hart the hell 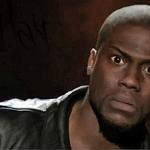 And thats not what a trap is. A trap is a guy who looks like or acts like a girl, they dont nececarily need to dress up as one.
Then there are reverse traps who are well... The opposite of a classic trap. #WhatsaHiriyoshi?
moemeobro
1 up, 5y
A reverse trap, also known as a Bifauxnen (a portmanteau of Bish?nen and faux, meaning false in French), is simply a girl who resembles a boy. Conversely, what is commonly referred to as a "trap" by the English speaking audience simply refers to a boy who has the qualities of a girl, or otherwise known as a Bish?nen.
Cumming_Soon...
1 up, 5y,
1 reply
<3

Dude, I barley have the time to even be on ingflio these days ;-; that's why most of my messages will be from discord XD
Woldythekitty
0 ups, 5y,
1 reply
I barely have any time to be on my pc :-P thats why im barely on discord :-/
Droksid
1 up, 5y,
1 reply
You can get discord on your phone if you didn't know
Woldythekitty
1 up, 5y
Oh yeah...
Show More Comments
Flip Settings