For people who believe everything they read on the internet. 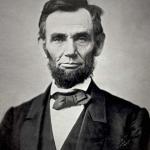 Caption this Meme
Created with the Imgflip Meme Generator
IMAGE DESCRIPTION:
"THE PROBLEM WITH INTERNET QUOTES IS THAT YOU NEVER KNOW HOW ACCURATE THEY ARE"; - ABRAHAM LINCOLN
hotkeys: D = random, W = upvote, S = downvote, A = back
Feedback
<![endif]-->