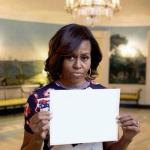 fact-checker
0 ups, 7y,
1 reply
the fact is slaves did help build the White House, why not just admit that instead of doing a Bill O'Reilly and saying stupid things like "but they were well fed"
It's no reflection on us today unless we try to deny or minimize that part of our history.
sweetP
2 ups, 7y,
1 reply
Prove it , it's going to be difficult since all parties involved have been dead 200 years.
fact-checker
0 ups, 7y,
1 reply
They kept records, even O'Reilly said it was true just that they were well fed. But whaat you actually did not know this?
https://www.whitehousehistory.org/questions/did-slaves-build-the-white-house
fact-checker
1 up, 7y,
1 reply
She was praising the United States on how we matured, from a slave owning nation to a black family in the White House. That is something to be proud of, rather you like presidents policies or not, that this can happen. I just don't understand why we Americans are so touchy about talking about not so nice things that happened in our history. we should acknowledge and learn, not pretend they didn't happen or try to min it.
sweetP
0 ups, 7y,
1 reply
To make an empirically honest statement, you should say, endentured servants, slave and free people. Because, apparently all 3 were involved.
fact-checker
0 ups, 7y,
1 reply
I am not suggesting that I'm proud that slaves built or help to build the white house,but I am saying that I'm proud we got from that point in our history to a black family living in the white house, I think that was the point she was trying to make too. Not look at this beautiful house the slaves built or helped to build. That's how I take her speech, if you want to take it another way not much I can do about that, have a nice day.
sweetP
0 ups, 7y,
1 reply
Name one thing else that happened 200 years ago that is considered or discussed daily. Now go look in the mirror and ask, "what am I doing?"
fact-checker
0 ups, 7y,
2 replies
Treatment of Native Americans as our nation expanded. I see that a lot.
fact-checker
1 up, 7y
I don't know what generation you were born in , but when I was in school we skimmed over slavery, it was in the context of being freed after the civil war, same with the Native Americans. Now people are proud to have native american blood, the reason , because it started being discussed openly and what really happened. It wasn't all about a picnic with the pilgrims or how dare those savages getting in our way as we expand west . Again I just don't understand the problem with Mrs Obama making that statement in her speech. It wasn't meant to divide but I think this is where are disagreeing , you are taking her words as a way to divide, I'm not. I believe it was meant as pride as a black person and as an American.
sweetP
0 ups, 7y,
1 reply
I read where more native Americans are shot by police than blacks and whites.
fact-checker
0 ups, 7y,
1 reply
If that is true then they should start a movement as well, but my referencing to people being proud of having native american blood has nothing to do with law enforcement , it's just a fact that citizens have gone from thinking they were savages to being proud to be part of that heritage, as I said we obviously see things differently I'm not debating this back in force forever, you can have the final word if you wish, but this will be my last in this thread.
sweetP
0 ups, 7y
Being of native American mix, my family for generations has been proud of the fact. My great grandmother would not tolerate bigotry.
Show More Comments
Flip Settings

Caption this Meme
Created with the Imgflip Meme Generator
IMAGE DESCRIPTION:
I WAKE UP IN A HOUSE BUILT BY #TAXPAYERS
hotkeys: D = random, W = upvote, S = downvote, A = back
Feedback