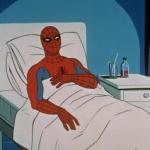 Sorry, don't mean to offend if you have Crohn's. I have a friend with Crohn's and though he's been through hell with it, he still finds humor in a bad situation.
reply
ChumpChange
3 ups, 5y,
3 replies I'm not an attention w**re or needing pity parties so I hope people don't think that's my goal. I live with it every day and the last year or so has been pretty hard on me.

I really am in the hospital this morning and really do have this concern. It's always been on the table as a last resort (removing bowel sections) and having a colostomy bag. I'm just a little scared today because of what's happened so far.

Anyone who knows of Crohns, really knows it, understands the nightmare that it is/can be. It does make me feel better that so many around me have dealt with it and empathize. It helps and is all I have really.

Well, and you all.
reply
TodaysReality
2 ups, 5y,
1 reply My friend has had sections removed, and so far has avoided the bag, but that looms over him too. The side affects of the drugs he has to take are quite challenging as well. My heart goes out to you and anyone suffering from this. I hope things improve for you my friend :)
reply
ChumpChange
2 ups, 5y
I'm all done. Turned out for the good so no shitbag concerns today /whew
reply
[deleted]
2 ups, 5y
You hear about the woman who was using canabis I'll cuz it nearly took all the pain away, but her son being so excited told people in his class, cuz he was a little boy. Yea now she's facing a 30year prison sentence. I should add as you may know most pharmaceutical drugs do not work as well. I'm outraged. This information only cost one upvote.
https://imgflip.com/i/170fkf
reply
[deleted]
1 up, 5y,
1 reply
I have Crohn's too and feel your pain. <3 Also living with a "semi colon" and no appendix. I can understand how living with Crohn's is a daily battle...it is good to find the humor in life. :) Stay strong, and keep the faith! You are here for a reason. :) P.S. Your memes keep making me LOL, so thank you for that! :D
reply
ChumpChange
1 up, 5y,
1 reply
So long as I make 1 person smile or laugh it's worth it to me. Sounds like you may have it a little worse than me, but Crohns is no joke for anyone. I'm miserable near all the time over the last year and it's been tough trying to keep the humor flowing.

I feel your pain. :(
reply
[deleted]
1 up, 5y,
1 reply
I'm so sorry to hear of your struggles! :( I can definitely relate. Crohn's almost killed me...I had to have emergency major surgery when I was seventeen. (Doc said I would have died in a week if I hadn't had it.) Am 30 now, but it's been a rough road. Have you ever heard of the natural drink Nopalea? It's the most powerful anti-inflammatory on earth and has worked better for me than steroids! It also knocks out my pain. (It's kind of expensive, so I don't take it all the time; but who knows, maybe it would work for you....) Anyway, just throwing it out there. :) By the way, I slept like a baby last night after LOLing at all your memes...keep up the good work! :D
reply
ChumpChange
1 up, 5y,
1 reply
The VA has me on Remicaid infusions but little else. The infusions themselves are REALLY expensive and I wouldn't ever be able to afford them otherwise. So far, they seem to be doing their job keeping the inflammation under control but everything else (pain, nausea, fistulas, abscesses, etc) not so much. I'm on the MN Medicinal Cannabis program but I'm really not impressed at all. I have a feeling that it'll take a move to CO or WA to get any actual relief (which I can't just up-and-do either.)

I dunno about you but Crohns always puts me in catch-22 situations always having to pick between two bad choices. I suppose everyone can relate due to the election though! XD
reply
[deleted]
1 up, 5y,
1 reply
I hear you about Remicade being expensive...they recommended that to me, too, but I'd never be able to afford it. (Plus, I know it comes with side effects/risks of its own.) I hear cannabis is great for Crohn's, but I've never tried it. (I live in Wisconsin.) Best wishes with your treatments! I wouldn't wish Crohn's disease on my worst enemy. :(
reply
ChumpChange
1 up, 5y,
1 reply
Quite frankly cannabis works quite well. It rids me of most of the nausea so I don't throw up all the time and it DOES do quite a bit for the pain. Having the disease uncontrolled like it is and unimproved as well for long stretches at a time, wears a person out. All I want is for it to go into remission and f**k off for a while!

The real tough part is what it's doing to my family because of what it's doing to me. I've changed, and not for the best. I've sought therapy in order to help find ways of dealing with it but those methods are always slow-going. I try but in all honesty it takes strong willpower to get through it every day and I don't have the energy anymore to keep it up. It's near destroyed everything I have and am. I hate it :(
reply
[deleted]
1 up, 5y,
1 reply
I can totally understand...not sure if your doc/surgeon told you this, but it takes five years to recover from a major abdominal surgery. (I can attest to the fact that it took that long for me, down to the year.) But every year, things got better, and I finally went into remission! Though it has come back again. It's great to hear you are under a doctor's care for this and that they are monitoring you. I can also relate to changes in my personality/depression from Crohn's and frustration with not having energy...just know it's ok to rest...you and your family will be better off because you take the time to rest. :) It can sure be hard to do that when everything is go, go, go--I had people telling me to just push myself--but I would just end up crashing. It's not worth it. But I believe things will get better for you down the road. :)
reply
ChumpChange
1 up, 5y,
2 replies
Yeah, people treat you based on what they see and since Crohns is an internal disease it usually ends up unfair for us. It's hard and willpower alone isn't enough, that's just the beginning. Either way, my GI is going to do what it wants regardless of how I think otherwise. I've tried and ended up worse because I did push myself too hard trying to keep up and lost. Lesson learned.

I would recommend cannabis though. Pain pills (opioids and such) only increase my nausea and constipate, which is definitely not desired. We aren't allowed to take NSAID meds and Tylenol is about worthless so our options are limited. You can't OD on THC, it's natural, and solves more problems than it creates. You get high, but that can be a good or bad thing depending on your lifestyle and tolerance. Living at the end of the rope often presents options you wouldn't otherwise consider, and that being the case, cannabis is greatly beneficial - in my experience.
[deleted]
1 up, 5y
I might just look into that, thanks. I try to stay away from prescription meds, since they seem to add on a bunch of undesirable side effects. And I hear you about people not understanding how bad it can be...it literally took me being in a hospital almost dead for people to see what I was really going through...even had someone ask my forgiveness for how they had treated me, which was nice. I actually had a friend with Crohn's who achieved remission by going to a particular chiropractor in Minnesota of all places...Pederson Chiropractic. I guess they have a way of finding out what vitamins/minerals a person is deficient in, and then fix that, which has healed people of all kinds of diseases. I keep saying that someday I will travel to visit him but have never gotten around to it.
[deleted]
1 up, 5y
P.S. For what it's worth, his name is actually Mark Pederson --there's another chiropractor in MN named Pederson (Samantha), but that's not the one my friend went to. Just for the record.
reply
OlympianProduct M
1 up, 5y,
1 reply
not sure if pun intended
reply
ChumpChange
1 up, 5y,
1 reply
Pun & fun all you want. All I have the power to do is laugh.
reply
OlympianProduct M
1 up, 5y,
1 reply
reply
ChumpChange
1 up, 5y,
1 reply
reply
Ben_Drowned
0 ups, 11m
Show More Comments
Flip Settings
memes
gifs
other

Caption this Meme
Created with the Imgflip Meme Generator
IMAGE DESCRIPTION:
EVERYONE'S GOING ABOUT THEIR BUSINESS; AND I'M JUST LAYING HERE HOPING I DON'T LEAVE HAVING TO CRAP IN A BAG THE REST OF MY LIFE
hotkeys: D = random, W = upvote, S = downvote, A = back
Feedback
<![endif]-->