No Real Refugees Were Harmed in the Making of this Meme 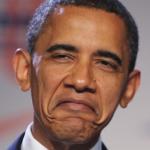 Europe has allowed in well over a Million immigrants from Syria, Iraq, the Middle East and North Africa in the last year. Most, if not all of the "real refugees" are from Syria and Iraq (leaving ISIS and Syria's civil war behind) and have already emigrated to Europe. Violent crimes have sky rocketed. On New Year's Eve, there were aprox. 1,200 sexual assaults by these same immigrants in Cologne, Germany alone. This violence is not isolated or uncommon to all countries that have brought in these immigrants. Deportation of said immigrants has begun in Germany, France, Sweden, The Netherlands, Belgium, etc. Obama and Homeland Security have admitted that we do not have the capability to properly vet these immigrants. Yet, both Obama and Hillary are bound and determined to flood this country with potentially dangerous people that will be very difficult to track. Additionally, these immigrants are far more resistant to assimilation and will burden the schools and welfare system well beyond previous waves of immigrants.
ChumpChange
8 ups, 6y,
1 reply imgflip.com/i/15e397
memePally
4 ups, 6y,
1 reply
Thanks. You wrote this better than I would have anyway. +1.
AvgJoe
4 ups, 6y,
2 replies
Thanks. I'm sure the decision makers in Europe had good intentions when they started and I myself believe in helping those less fortunate, but clearly, they did not think this all the way through or consider how serious the consequences would be. It requires a lot more action to get them over here than it does for them to get to Europe. If only our leaders would consider all of the potential consequences before duplicating the destructive mistakes that Europe is now suffering from (and will for generations to come).
memePally
1 up, 6y
Agreed. And they also forget that their citizens don't have the mindset and CERTAINLY not the resources, and law enforcement don't have the numbers to deal with the insane influx not to mention the facilities and infrastructure... but the population's lifestyle hasn't changed and they're living in denial. They won't accept that life has changed because that acceptance would admit there's a problem even when reality is staring them in the face and doing bad stuff to the ladies. People need to wake the hell up and it isn't happening. It sickens me. Things are changing very fast and you can't introduce 250,000 people in an area or more, who knows how many, unless people have a very specific mindset. Things are going to go horribly... and then the damn apologists are just going to go, "its a minority, you can't blame the majority" then those are the same jagoffs that blame the majority for some minority doing something somewhere else. Likely the same idiots that chased out all of the Romanians for whatever reason would welcome in a quarter of a million Syrians then wonder why the hell the city is on fire and say it was "youths" instead of saying specifically which youths it was.

I just... don't... even.... why does nobody see this... why is it just us? Why are so people so damn stupid. Why do people not see this? And then people want to argue with us. It's RIGHT THERE! They'll go cart off entire cities of Roma and nobody bats an eye, then let in entire cities of Syrians meanwhile another city burns, meanwhile another city somewhere gets gassed down to the last domesticated animal... and then they freak out because some idiot mom dropped their kid in a monkey pit.

Seriously how are we the only people that see this? Then they say we're the bad ones? .....................
memePally
1 up, 6y
I've got to be honest. Hearing what's going on in the EU is extremely frustrating and the US keep sending more and more aid and I don't even know what's going on or
why anymore...... the only thing I know is civil unrest is getting progressively worse and the average citizen of around 80% has absolutely no clue whatsoever and intends on keeping it that way until the last possible moment. And then we're the bad guys for even wanting to talk about this stuff. As if we're causing it by wanting to talk about it and try to some how prepare.... Like this's our fault.
H2O
10 ups, 6y,
1 reply
Sorry to say this is true
ChumpChange
8 ups, 6y,
1 reply
H2O
5 ups, 6y,
1 reply
ChumpChange
4 ups, 6y,
1 reply
H2O
2 ups, 6y,
2 replies
ChumpChange
2 ups, 6y
teirneywest
1 up, 6y
[deleted]
7 ups, 6y,
1 reply
memePally
5 ups, 6y
oh, it's on!
OlympianProduct M
7 ups, 6y,
1 reply
AvgJoe
9 ups, 6y,
2 replies
OlympianProduct M
5 ups, 6y
[deleted]
3 ups, 6y
DashHopes
6 ups, 6y,
1 reply
AvgJoe
6 ups, 6y,
2 replies
DashHopes
4 ups, 6y
Notice yes, anything done about it... no
teirneywest
1 up, 6y
[image deleted]
[deleted]
3 ups, 6y,
1 reply
luftweg
2 ups, 6y
[deleted]
5 ups, 6y
Diskatopia
3 ups, 6y,
4 replies
AvgJoe
5 ups, 6y,
2 replies
Never said "to hell with" them. There are other, better solutions than putting them on airplanes and bringing them 7,000 miles from their home.
Diskatopia
2 ups, 6y,
1 reply
Cherrypicked photos are not facts.
Roughly 50% worldwide are women
Roughly 50% are under age 17
roughly 35% are under age 12
https://en.wikipedia.org/wiki/Refugees_of_the_Syrian_Civil_War
AvgJoe
2 ups, 6y
My photos of male immigrants (hundreds of thousands of which ARE NOT REFUGEES, but rather ASYLUM SEEKERS) are NOT cherry picked. I could spend hours downloading photos of ALL/MOSTLY male immigrants and uploading them here, but why? Would it change your mind when you're obviously here to defend the liberal agenda of bringing these potentially dangerous folks here? And just for curiosity's sake, why do you want them to come to America when there are plenty of alternatives to place them elsewhere, closer to home, where the cultures may be more similar and easier for them to return to their homes when the danger eventually subsides?
AvgJoe
1 up, 6y,
1 reply
AvgJoe
2 ups, 6y
[deleted]
6 ups, 6y,
1 reply
What we should do is export all of our enlightened bed wetting liberals over to the Middle East and they can educate these wonderful followers of Islam about women's rights.
Diskatopia
1 up, 6y,
2 replies
http://www.imdb.com/title/tt1277737/combined
But yeah, all Abrahamaic religions are backward and savage, I'll give you that. The difference is what groups of people who believe in it skip over-- like Xtians skip over much of the savagery of the Bible and ignore those "rules" therein, a so do some Muslims skip over the more violent stuff.
Muhammad Ali was a Muslim, and never stoned anyone.
None of the Xtians I know have stoned their children to death for cursing them.

Basically, there are wide ranges of belief among the Abrahamaic sects.
[deleted]
1 up, 6y,
1 reply
Diskatopia
0 ups, 6y
[deleted]
1 up, 6y
The problem with liberals is that they are constantly making excuses for Muslims cutting people's heads off, crucifying Christians, kidnapping, suicide bombing and acting like barbarians. In the year 2016, not 1216. Pompous, arrogant, ignorant jerks who can't wait to bad mouth Christians about their faith.
AvgJoe
3 ups, 6y
I see that you created a meme of Jesus speaking for you. I'm curious if you believe in God, or were just taking a cheap shot at those who do, but don't want to invite the most potentially dangerous immigrants of our time into this country?
teirneywest
1 up, 6y
Show More Comments
Flip Settings

Caption this Meme
Created with the Imgflip Meme Generator
IMAGE DESCRIPTION:
WHILE AMERICA IS FOCUSED ON GORILLAS AND BATHROOMS; NOBODY IS PAYING ATTENTION TO ALL THE REFUGEES I'M BRINGING IN
hotkeys: D = random, W = upvote, S = downvote, A = back
Feedback