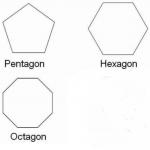 Sigh Sorry For This Nonsense.
reply
Dr.Strangmeme
1 up, 6m,
1 reply I Tried To Explain To Him That The IMGFLIP_PRESIDENTS Was For Roleplay And it Wasn't The Same As Other Streams...But I Failed. Yeah, go figure
reply
Dr.Strangmeme
1 up, 6m
toby asked to be my vp I said yes Under certain circumstances so I hope this is the end of some of the hostility between certain groups on IMGFLIP_PRESIDENTS And More But who knows (sigh)

(Shrug) I Wouldn't Mudsling anyhow, So no worries there.

Link to what I said I hope it's good