Warning: Side Effects Of Atheism Also Include Close-Mindedness And Brain Cell Death 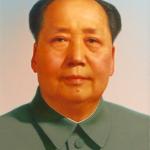 Caption this Meme
Best first
Latest first
Oldest first
22 Comments
bplives
3 ups, 3y,
1 reply
there is nothing wrong with being atheist. i myself am agnostic, look it up.
Notbad
1 up, 3y,
1 reply
Are we going to ignore the fact that this atheist is responsible for roughly 65 million deaths, starved thousands if not millions, had starving children thrown off cliffs, forced parents to bury their children alive, and causedmany of his people to turn to cannibalism. A worldview that has no objective morality has produced several people like him. Kim Jong-in ordered the execution of a man for drinking during the mourning period of Kim Jong-il, and ordered that only the man's hair be left. Adolf Hitler heavily restricted the rights of Jews before going on a four-year long campaign of exterminating them, Communists, disabled people, homosexuals, etc. Joseph Stalin had people penalized for the "crime" of disagreeing with him and was also responsible for 50 million deaths. John Lennon committed commuted domestic violence, going so far as to assault his child for a minor flaw (the child didn't actually have that flaw). He also had two wives, cheating on both of them. Saloth Sar had around two million people dead. Kim Il-sung had people imprisoned for offenses that their grandparents committed. While around two-fifths of his people are malnourished, Kim Jong-un gorges himself on cheese. Again, no objective morality does this.
bplives
3 ups, 3y,
2 replies
but atheists in general are not bad. Also, there is a saying that goes: One bad apple spoils the whole bunch. just because a dozen people chose to make those decisions, doesn't mean they did it because they were atheist.
bplives
0 ups, 3y
but I do agree with the Kim Jong-un thing. that guy is THE WORST political leader of the century.
Notbad
0 ups, 3y,
2 replies
Think about this. What if all these people had instead held to a worldview that DOES have objective morality?
Would Mao Zedong have still been responsible for roughly 65 million deaths? Would he still have starved thousands if not millions? Would he still have had starving children thrown off cliffs? Would he still have forced parents to bury their children alive? Would he still have caused many of his people to turn to cannibalism?
Would Kim Jong-un still gorge himself with cheese while two-fifths of his people are malnourished? Would he still have executed a man for drinking during his father's mourning period?
Would Adolf Hitler still have gone on a four-year murder campaign? Would he still have caused the deadliest war in human history? Would He still have caused over eleven million deaths?
Would Stalin still have penalized people for disagreeing with him? Would he still have basically enslaved his detractors? Would he still have been responsible for 50 million deaths?
Would Kim Il-sung, Kim Jong-il, and Kim Jong-un still have imprisoned people for crimes committed by their grandparents?
Would John Lennon have still committed domestic violence and cheated on both of his wives?
bplives
2 ups, 3y,
2 replies
I don't think having a god to look up to would change anything, because if they did, they could have done the things they did saying it was "for God". Like how on 9/11, the Muslim terrorists bombed the World Trade Center and the Pentagon "for God", and how Saddam Hussein was Sunni Muslim, yet he still did the things he did with a god to look up to for guidance.
I don't think Mao Zedong, Kim Jong-un, Adolf Hitler, Stalin, Kim Il-sung, Kim Jong-il, and John Lennon having any religion changed the reasons why they did what they did. And if they had a religion, it's possible that they would have done what they did "for God".
Aelfwine_the_Mariner
0 ups, 3y
One thought: those whose lives are truly transformed by the live of Christ wouldn't do that. They would preach the Gospel not by violence, but by love. Have there been people who claim to follow Christ, but don't act like it? Yes. Does that mean that those who legitimately follow Christ and act out their faith are just like them? No. I won't try to push my beliefs down your throat, but I hope that you think about what I said. I hope you are having a great day!
Notbad
0 ups, 3y,
1 reply
Contact me at [email protected] in order to continue this discussion without running into the comment string maximum length limit. Only rule: you may not include profanity in emails to me.
bplives
0 ups, 3y
okay i wasn't going to include profanity anyway
bplives
0 ups, 2y
Looking back, I am thinking that PERHAPS if those people did have some positive influence, maybe some of those things wouldn't have happened.
TriggeringConservatives
1 up, 2y,
1 reply
This meme has to be a joke
Notbad
0 ups, 2y
No, it's a fact.
NerdMemeXLa
1 up, 10mo
How is atheism connected to ALL the deaths he caused?
imnotgoingtousethisaccounalot
1 up, 2y
one person doesn't make up a crowd
MemeAxolotl
0 ups, 2y,
2 replies
By this logic, all catholics are also nazis because hitler was catholic.
NerdMemeXLa
0 ups, 7mo
I agree with the point you're trying to make, but I don't think Hitler was Catholic.
Notbad
0 ups, 2y,
1 reply
False on every count
bimgus_
1 up, 2y,
1 reply
So why say that all athiests are like Mao Zedong? God created us all equally, didn't he?
Notbad
0 ups, 2y,
1 reply
I didn't.
bimgus_
1 up, 2y
Then why criticize athiests in the title?
[deleted]
0 ups, 3y,
1 reply
Notbad
0 ups, 3y
亲爱的人民解放军，回家吧。
Show More Comments
Flip Settings

Caption this Meme
Created with the Imgflip Meme Generator
IMAGE DESCRIPTION:
STARVED THOUSANDS IF NOT MILLIONS, HAD STARVING CHILDREN THROWN OFF CLIFFS, FORCED PARENTS TO BURY THEIR CHILDREN ALIVE, CAUSED HIS PEOPLE TO TURN TO CANNIBALISM, AND KILLED 65 MILLION PEOPLE IN TOTAL. WAS AN ATHEIST.
hotkeys: D = random, W = upvote, S = downvote, A = back
Feedback