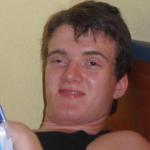 i.imgflip.com/1ji269.gif (click to show) :-)
reply
Octavia_Melody
0 ups, 1y
:)
reply
PraytheReyAway
2 ups, 1y
i.imgflip.com/2q1338.jpg (click to show)
reply
kewlew
2 ups, 1y
reply
Memedave
1 up, 1y
reply
[deleted]
0 ups, 5m,
1 reply
Hello Octavia. I know we don't know each other that well, but I thought you should know that the person previously going by DJFox is spreading rumours that you are a Zoophile. However I belive this is wrong, and as a fellow Brony, clopfic Enthusist and fellow Man of culture I felt it prudent to inform you of such.

I was not informed by DJFox, but by a worried third party (A friend of mine who is on Imgflip and got wind of it) about the issue.

Its too big to screenshot, but I have the picture downloaded
Show More Comments
Flip Settings

Caption this Meme
Created with the Imgflip Meme Generator
IMAGE DESCRIPTION:
I JUST GOT BANNED FROM THE GYM; I GUESS FREE WEIGHTS DIDN'T MEAN WHAT I THOUGHT IT DID
hotkeys: D = random, W = upvote, S = downvote, A = back
Feedback
<![endif]-->