How Tough Are You 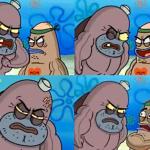 ISIS is *not* Nazi Germany....or the Imperial Japanese.

Just look at Syria for a small glimpse into why this "deal" thing won't work now.
reply
CrazyPowerMetaller
1 up, 3y
There is a possibility that a deal could work, but I seriously doubt Trump could make a working deal....
reply
MemeSpirited
1 up, 3y,
1 reply
I agree with that. I just dont see any meaningful progress in the middle east without Russia and also China. No matter what we feel about ISIS, terrorism or Al Qaeda--Russia, China and most of the rest of the world see the US as an imperialistic force. They see it as in their interest to have us fighting these mystery enemies in the desert over oil that they dont need as much as we do. They are using this as a de facto sanction against America. Until we understand it as that, things will not get better and a fair deal will not be possible.
reply
[deleted]
2 ups, 3y,
2 replies
I've been saying this for years. Getting the big powers to play nice together will be the trick. No one has been able to do it since "middle east based terrorism" was started with the Iran hostages.

Time will tell but I am not confident Trump has what is takes to make this deal.

Russia is already getting pissy regarding Syria. Doesn't look good in terms of getting them "onboard."
MemeSpirited
1 up, 3y
We'll see. We destabilized the region to get oil. But over time, and apparently between WWI, WWII and sometime in the last 30-40 years while we were most concerned with Russia, China and the EU all of the small "terrorist" groups became united as "Al Qaeda" -- then as that all took hold im the middle east, the other super powers seized on AQ's growing significance on the world stage and used them to destabilize the region in order to drive oil prices up to harm the oil dependent US. Now its a big mess. The idea of energy independence is nice, but unrealistic until we can keep prices down while using less oil and petroleum based plastics. China is dependent on the US for its market, so a deal with China could happen. But I have no idea what Russia has to do with the world markets, other than a massive mobile military infrastructure. That is the problem. We should be getting Russia into the world market for nonmilitary goods. But I doubt that is part of any of the US's plans.
jack_henoff
1 up, 3y
No.
Israel, the formation of and reaction to.

Nationalism and radical Islam was utilized by the West as a way to counter the spread of Socialism and Nasserism.

Al Queda was created to repel Soviets from Afganistan at the request and $3.5 billion funding courtesy of President Ronald Reagan.

China will not get involved in the affairs of other nations unless it has something to get from it, and then only to get something out of it.

The US/UK/France vs Russia meddling goes back to the Great Game between Britain and Russia that tore off parts of Persia and Asia for plunder and territorial control.

This will end when we stop playing games for gain.
If we are still here to stop it.
reply
jack_henoff
0 ups, 3y,
1 reply
No.
reply
MemeSpirited
0 ups, 3y,
2 replies
Right. Israel. That's a whole nuther story. Yes, Israel is a lightning rod. No one on earth truly believes this was properly handled. Though, my understanding of how Al Qaeda came to be dates back much further in time. As the world became smaller through communications and technology, they united. This goes back further than the days of Rommel in the desert. That entire region (the Middle East) is intentionally omitted from almost all recorded history of WWI and WWII. However, the radical islamists will trace their jihad back to the Roman Emipre and even further back than that. And they repeatedly make reference to the fact that no superpower in the history of the Earth ever got past Afghanistan. So Israel is not really the heart of the problem. It used to be called "sectarianism" because the islamists were divided ethnically and geographically separated. The names "Al Qaeda" and "ISIL" are specifically created to signify the end of "sectarianism" and the beginning of unification.
reply
jack_henoff
0 ups, 3y,
1 reply
Al Queda was formed in 1988.

History of Middle East ommitted from history between WWI and WWII? That's is not only untrue, that's impossible.

Radical Islam started in a Mosque in Munich in the 1930s.

Starting with Kabul in 1760, Afganistan was cut from Persia by English instigation. All of Persia north and east of the Afgan province ("stan" means province) was cut apart from Persia by England and Russia in the Great Game.
MemeSpirited
0 ups, 3y
It is omitted. Unless you go off the map looking for the info, it wont be part of the mainstream. The whole post 911 tactic of not even acknowledging why the enemy is the enemy or sees us as the enemy has, in my opinion, made matters worse. Not many people are as informed as you are.
reply
jack_henoff
0 ups, 3y
No offense,. but that is absolutely ridiculous.
This isn't 1984.

Even the fact that Ronald Reagan was behind the creation of Al Queda can easily be found.

Caption this Meme
Created with the Imgflip Meme Generator
IMAGE DESCRIPTION:
I SUPPORT TRUMP; HOW TOUGH AM I? IN STARBUCKS; RIGHT THIS WAY SIR
hotkeys: D = random, W = upvote, S = downvote, A = back
Feedback
<![endif]-->