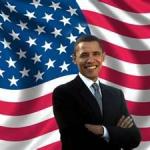 Juicydeath1025
8 ups, 6y
XD
satyricon
4 ups, 6y
Trump took him behind the gym.
[deleted]
9 ups, 6y,
3 replies
OlympianProduct M
10 ups, 6y,
1 reply
The really crazy ones do, but the majority of Americans don't
[deleted]
8 ups, 6y,
1 reply
scary but fascinating!! i don't know anything about the internal politics, Obamacare and that sort of stuff is never going to affect me, my only interest is foreign affairs and like the majority of outsiders I just want to see a president that puts an end to all the "regime changes".

My natural political leaning is to the left but for the last couple of US elections I've sided with the republicans. I think Ron Paul would've put a stop to the wars and i think Trump will do the same. Clinton will start a new cold war with Russia....and that's probably the best we can hope for!

And I would never consider myself higher status. I was just trying to have a conversation, even though I knew I shouldn't have with him. What I meant is that the dude is notorious for being obnoxious (i.e., the infamous Islam screed meme). He's 19? That does explain a lot. And no, I'm not being mean.